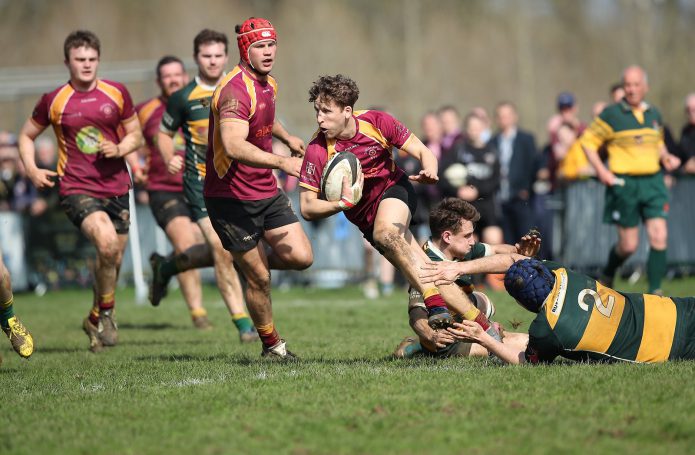 Mixed fortunes for the senior sides as the 1st’s continue to struggle, but director of rugby, Robbie George is delighted with not only the moral of the team but as importantly, how well the new, younger guys have stepped up from the 2’s and 3’s and have performed beyond expectation and shows how well the club is as a whole.

That said, the 2nds and 3rds have continued to perform outstandingly well and most noteworthy was the 100-0 win for the 3rd XV over their counterparts from ON’s!!

Ladies – Played 11, Won 9 Lost 2 (Undefeated in the league), they have also reached the QF of the Junior Cup and play Sutton Coldfield at home on 25/02/18, Alliance Cup Semi Final against Buckingham or Bletchley to be played by 17/03/18

Please note the Cup dates and come and support the various teams!

Towcester Roses are going from strength to strength! After hosting a successful Xmas Panto & Grotto in December, they wanted to kick off January just as well! And that they did, with a storming away win in the Junior Cup against a tough opposition in West Norfolk winning 44-5, they now find themselves in the Qtr final on 25th Feb, 2pm KO against an undefeated Sutton Coldfield! They’re also hoping for a 5/5 league victory in their game against St Neots at home on 28th Jan.

They invited new players along to their Inner Warrior Camp on Monday, holding an evening of fun and games for ladies wishing to try out rugby. With almost 50 females attending, they couldn’t have wished for a better evening, showing the attending RFU representatives what they’re capable of achieving. Let’s hope for a few more player sign ups!

All support welcome for their games!