All the winter sports sections are well underway.

Our newly formed Netball Section still trains and practises on Monday nights and is soon to form their first competitive team!

They train Monday evening 7.30-9.00pm weekly! Anyone who is interested or has questions can email towsnetball@gmail.com or join our Facebook page

All teams, men’s, ladies and mixed are doing well in the Northampton and Banbury leagues and social tennis is always going on, with Club Nights on Tuesdays and Cardio Tennis on Wednesday evening.

There is a fantastic coaching set up at Tows with Paul Valentine, LTA head coach and his team, coaching kids and adults alike in groups or individually. For more info on how to join the tennis section or just want to come along and try it for fun please visit their website http://www.towcestrianstennis.com/

All three senior sides are doing well with the 3rds sitting top of their league and with recent success for the 1st XV giving them confidence as they head for their mid-winter break.Christmas will soon be here – the hockey section is now collecting donations to include in our Christmas hamper which will be raffled off on the last training session of 2018. We will soon be selling the raffle tickets at £1 a strip so keep any eye on our website and Facebook for further information. Please check out their website http://www.towcesterhockey.co.uk/ for kit orders, fixtures, results and loads more!
The Tows Hockey juniors have been doing really well and their numbers continue to swell. They have also started a boy’s hockey team. For more info of how to get into hockey, or to check out how they are doing, or even order a brand-new bobble hat to keep you warm in the coming months, only £10 each. Available at training! A great Christmas, stocking filler… 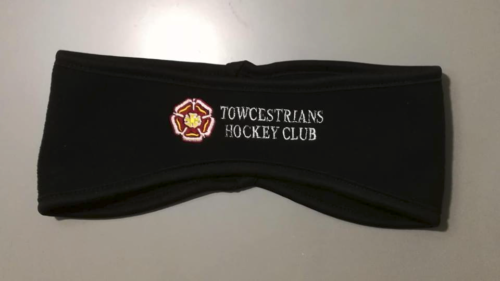 The M&J’s are still looking to have a new Chairman/chairwoman, for next season! Simon, who has done a sterling job for the section and all of Tows is having to stand down at the end of this season, due to a very heavy work load. Any takers? Please contact Simon for info as to what the post entails.

Towcestrian on the hallowed turf of HQ   READ MORE

Towcestrians U11 Captain on duty at Twickenham to honour fallen heroes.

Armistice Day will never be quite the same for rugby loving ten-year-old Max Garnett from Sulgrave. The Towcestrians U11 Captain was one of two special mascots at Saturday’s Rugby International between England and the All Blacks at Twickenham, meeting Prince Harry and standing with the players for an emotional two-minute silence. He was invited to the role to mark the centenary of the First World War’s end because of his famous relative – past England rugby captain Ronnie Poulton who died in the battlefields of Belgium and is a mainstay of English rugby’s rich history.

Max is Ronnie Poulton’s great, great nephew, Max’s dad, James Garnett, said: “Max was given a full England kit and went into the foyer to wait for the Duke of Sussex who spoke for a few minutes.  “Then he lined up in the tunnel with the two captains, and the other specially invited mascot, and led the teams out onto the pitch. The rain was torrential during the two-minute silence and then the national anthem. “It was very emotional as they all ran out over a section of turf at the half way line, beneath which a small casket of soil from my great uncle Ronnie’s grave in Belgium is placed. He died soon after going abroad to fight and before his death after being shot, lamented that he would never return to the ground at Twickenham again.” Ronnie Poulton is said to be one of the finest players of all time. He played for England between 1909 and 1914 and captained the team in 1913 to 1914. An Oxford Blue, he remains the only rugby player to score five tries in the Varsity match. In the Grand Slam in Paris in 1914 he scored four tries. He fought in the trenches in 1915 aged 25 and was shot by a sniper while leading a night time repair party. The nation mourned his loss.

We received this from a very proud dad and Towcestrian! A great honour, enjoy the read! Well done Max, maybe you will be there in the future facing New Zealand for real!

My son, a Tows Under 11 and member for 6 years was the Mascot at the England vs New Zealand Quilter International

Coverage of the reason for him being a mascot was detailed in all major papers. The Telegraph was quite good, see below

I have spoken twice with Phil at Tows to try and get a story out to Towcester and Northampton papers bit fear that this Oporto raise Tows awareness has gone.

The 1st XV have had a stuttering start to season as they seek to rebuild after the trials and tribulations of last season, but hey have now started to build some momentum with back to back league wins and some great performances.

Robbie George, DOR, is particularly pleased with how the younger guys, who are now getting their chance, have stepped up, together with a few new recruits and are shaping up nicely.

The Tows had a great Lewis Shield win last week against Olney and progress to the second round!

Coming up! This week’s 1st XV fixture is on FRIDAY night, KO 7.30 away against Wellingborough, please make an effort to support them as they bid to claw their way up the table. This means also you can come and support the 2nd’s on Saturday, who are at home against local rivals Banbury, KO 2.15pm and watch England play Australia having enjoyed a home cooked chicken curry, rice and cheese and biscuits for lunch!