If you played netball at school, even if it was years ago, and are looking to take it up again… why not join Towcesterian Kites Netball Club? Netball is a fun, sociable team game, which introduces you to new people and helps to keep you fit at the same time. Perfect! 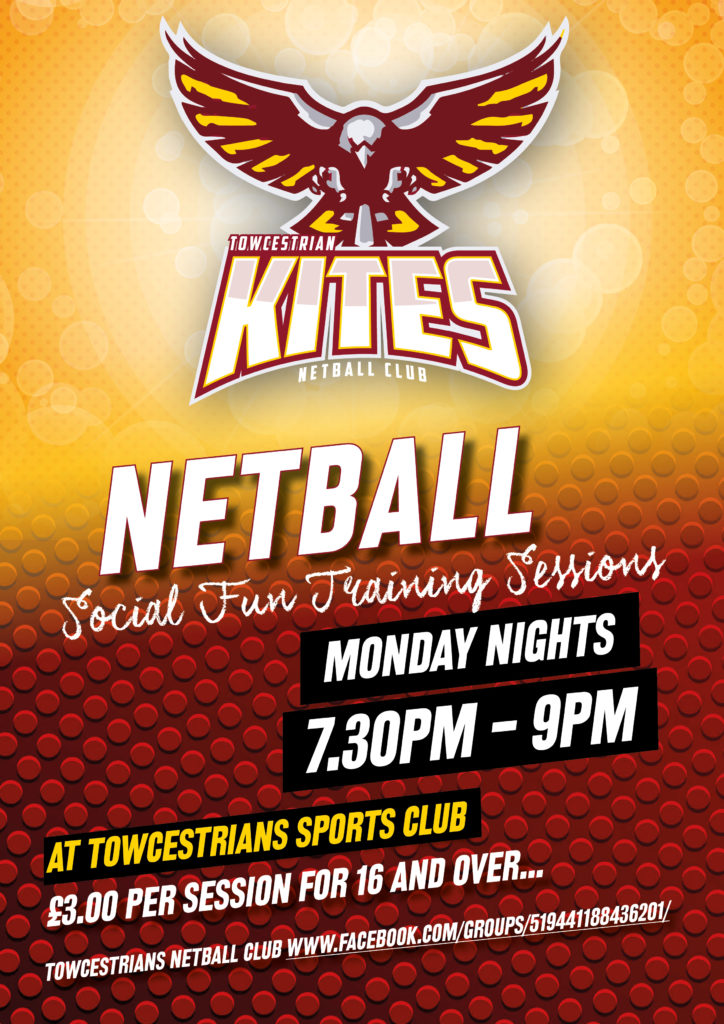 What do we offer?

We play social netball, but with a qualified coach. All abilities are welcome, including those completely new to the sport, as well as players coming back to netball after a break.

When & where do we train?

Location: Outside at Towcestrians Sports Club

Who can get involved?

We welcome players aged 16 plus, previous experience not necessary.

If you would like to find out more about netball at Towcestrians, or are simply keen to get involved please contact: